Reintroduction of sturgeon, Acipenser oxyrinchus, in the Gulf of Riga, East-Central Baltic Sea

Atlantic sturgeon, Acipenser oxyrinchus Mitchill, inhabited and spawned in the territorial waters of Latvia from the early Neolithic. The A. oxyrinchus population in this area started to decline from the end of seventeenth century. By the twentieth century, just several sturgeon catches were documented. In 2012, Latvia joined the initiative to reintroduce native A. oxyrinchus. From 2013 to 2015, the Institute of Food Safety, Animal Health, and Environment (BIOR) released 4,500 A. oxyrinchus juveniles aged 1+ and 2+. The majority of sturgeon juveniles released inhabit the Gulf of Riga and Pärnu Bay and marine areas among the Estonian islands. Nearly all of the sturgeon released exhibit remarkable growth. The absence of visible pathologies suggests that the A. oxyrinchus individuals are in excellent condition. Increases in size and the absence of visible pathologies also suggest that A. oxyrinchus has a sufficient food base. Additionally, results indicate that there is free space in the food web for native Atlantic sturgeon. Sturgeon is caught primarily in salmon traps and other commercial fishing nets deployed at depths of 4-10 m or by anglers. While we do not have complete information about the fates (dead or alive) of all sturgeons caught, approximately half of them that were reported by fishers were released back into the sea alive and healthy. 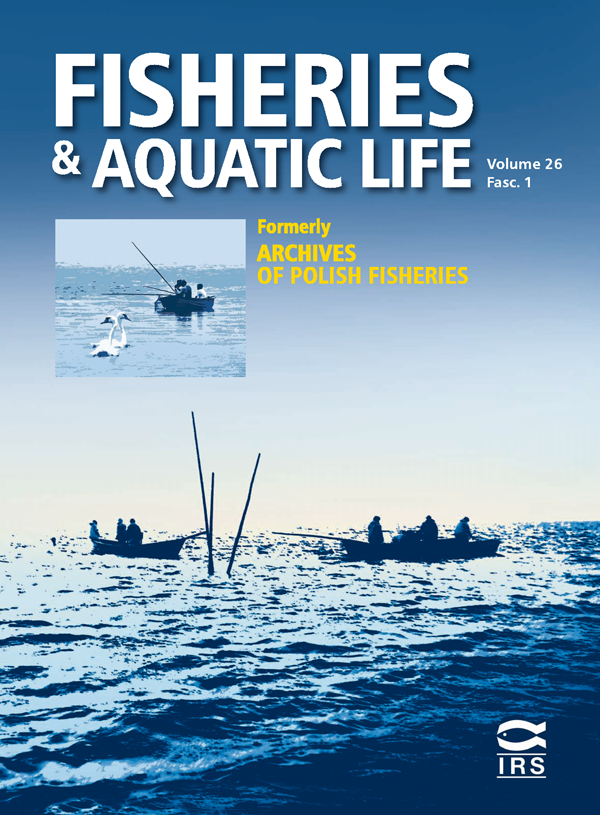